“My theory is that all of Scottish cuisine is based on a dare.” – Mike Myers
Someone once said that Scottish cuisine was based on a dare. Blood sausage, haggis, white pudding … to some, these dishes may sound a tad on the eccentric side, but to the Scots, and many others around the globe these dishes are seen as a delicious norm!
Of course, as we chatted about this at Speyside HQ, we started to think of all the weird and wonderful dishes that we ourselves had come across around the globe. Some dishes were more surprising than others!
Snake Wine, Southeast Asia 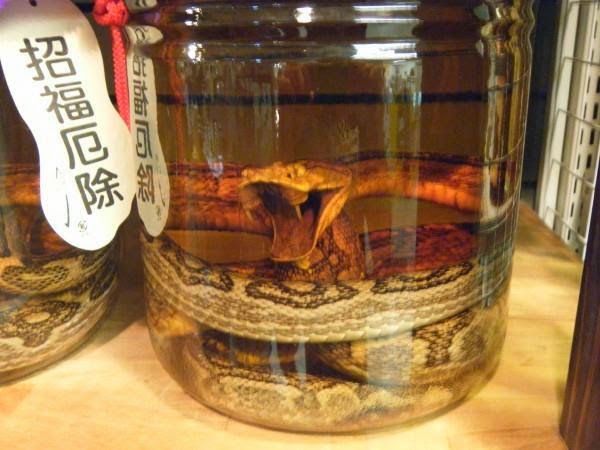 Many Southeast Asian countries believe that snake wine has healing properties. The wine is made by either steeping a snake in the wine itself or mixing snake blood and fluid with the alcohol.
Bacon Sundae, Global

When Burger Kind decided to introduce the bacon sundae it was received with many raised eyebrows. I haven’t yet seen one in a Scottish Burger King, but it seems to have gone down well across the Atlantic. Bacon, ice cream and chocolate or caramel sauce … yum?
Fried Spiders, Cambodia

By spiders we mean BIG spiders. Enough to fill an adult stomach! They are somewhat seen as a delicacy in Cambodia with tourists said to flock to the small town of Skuon to taste this 8-legged snack!
Snails, France

The infamous French delicacy of snails seems to be more and more acceptable in the UK, with many travellers trying and loving them! They are certainly on my ‘try’ list!
Waffle taco, USA

The USA is seen as the beacon of junk food, and Taco Bell is no exception! The latest meal on their breakfast menu is a burger like sausage and scrambled eggs wrapped in a waffle taco. Mind your arteries!
Squirming Octopus, Korea

Also known as Sannakji, the octopus is cut into small pieces and served while the tentacles are still moving! … Although an avid seafood lover, I’m not sure how I feel about this one!
Fried bull testicles, USA

Also known as Rocky Mountain Oysters, this dish is said to be popular with the cowboys of the West, and of course, being deep fried makes this dish all the more American!
So there you have it, some of the, what we would call ‘different’ food choices around the globe. Putting it into perspective it shows that food culture varies tremendously around the world, and people make the most of what they have to hand. In traditional Scotland, that would be oats and meat – and boy have we made the most of those!